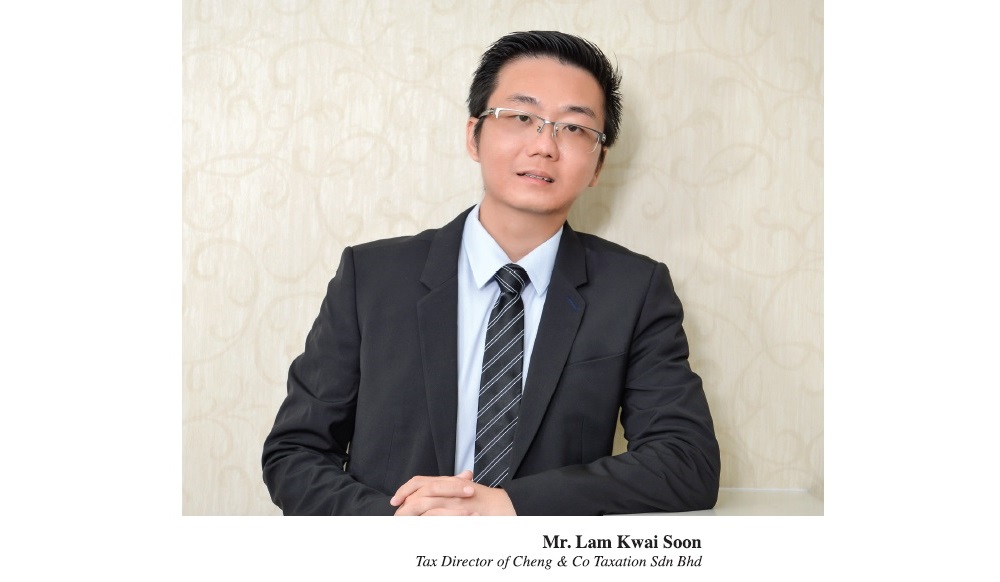 Leading up to Cheng & Co’s 25th Anniversary celebrations this year, Connection Online will be featuring a series of articles that shares the thoughts of our core partners on their time with the firm, their personal and professional development throughout their tenure and their hoped for the future.

This series focuses on Tax Director of Cheng & Co Taxation Group. He began his career at Cheng & Co’s Ipoh Branch back in 2004 when his former boss, the late Mr. Lee Yat Kong merged his tax practice with Cheng & Co Taxation Sdn Bhd. Mr Lee was the Director of Tax Investigation Ipoh Branch of the Inland Revenue Board, Malaysia. He started his tax practice after he retired. Lam joined his tax firm in 2000 as a tax junior after he resigned from another firm as an audit junior for eight months where he found that he was not really interested in audit. During the three years working in the tax firm, Mr Lam had opportunities to be involved in tax investigations due to the fame of Mr Lee in this field.

In 2004, Mr Lee merged his tax practice with Cheng & Co Taxation Sdn Bhd due to his old age and with no obvious successor. In the first month after the merger, Lam and a few managers went to Cheng & Co’s Headquarters in Kuala Lumpur to attend the Total Quality Management training. At lunch time, Managing Partner, Mr. Chua Hock Hoo (now Prof Dato Dr. Chua Hock Hoo) invited him for a short discussion where told Lam that the Tax Manager in the Headquarters was about to resign. He offered Mr Lam to take up this opportunity, be promoted and transferred to the Headquarters as Tax Manager. He accepted the offer right away as he has already planned to work in Kuala Lumpur.

A year after being transferred to the Headquarters, a restructuring took place in the tax division and the good performances of Lam resulted in an offer again to acquire minority shares in the tax division as a division partner of taxation. At that time Lam had no financial grounds to afford the offer. However with the guarantee given by Cheng & Co to the bank, Lam managed to get a loan to acquire the shares.

At the end of 2009, Lam was again offered to acquire a bigger portion of shares and promoted to Tax Director, in charge of the whole taxation arm of Cheng & Co Group.

Lam shares his thoughts on his time with Cheng & Co and what drives him to keep powering the firm towards achieving its Vision 2020, to become the Firm of the Future – the leading home grown international accounting firm.

What are the key factors that motivate you to further your career and professional growth with Cheng & Co?

Before I joined Cheng & Co, my experience was with two small firms; one was a sole-proprietor and the other was a partnership between two individuals. The management style and business operations were typically traditional. All management decisions were made by the boss, the bonus was determined by the boss, relatives of the boss held high rank position, and more. It was very centric and the staff just followed instructions.

After joining Cheng & Co, it was totally different. When I was transferred to the Headquarters as Tax Manager, I was given a KPI as the framework of my performance assessment. I was given the freedom to make some decisions as long as they are compliant with the firm’s policies, gain support from other colleagues and partners on problems solving, and quarterly meetings with all managers on sharing their thoughts and experience in business development.

I found out that I can learn not only the technical skills but also to become an entrepreneur.

How much have you gained in professional and personal development throughout your tenure in Cheng & Co?

When I joined the tax division of the Headquarters in 2004, it was a small outfit with only three staff including myself. The total staff in the tax divisions of all the branches were less than 10.

At Cheng & Co, I learnt a lot about leadership and management, with highly supportive colleagues and partners. With that, now the tax division at the Headquarters has 12 staff – the Tax Manager and Assistant Tax Manager. In total staff in staff including all branches are more than forty.

In 2009, I obtained my tax license and was then promoted to Tax Director.

What are the areas that you feel Cheng & Co is different from other organisations?

The management and leadership style is the main difference in Cheng & Co. The platform is performance based and, as long as you show excellent performances, you can be a manager, partner or even a shareholder.

We have more than 40 core members now and we support each other while adopting the concept of sharing in term of rewards and management. Everyone plays their roles and contributes to the growth of the organisation. Transparency plays an important role too as it mitigates disputes and fosters better understanding among each other.

What areas do you feel require further improvements?

Cheng & Co today is a big platform with many divisions. We are now trying to work harder in enhancing and integrating the I.T. infrastructure.

Other than that, in terms of branding we must also not ignore it. In the past our style was very low profile and where business development is concerned, we very much reliant on our partners’ networking. We are now putting a lot of focus on branding to let more people know about us which is not only good for business development but attracting and retaining talent as well.

What development plans do you have for your division in the future?

For the tax division, I hope to develop more senior level staff to support the growth of the division as currently most of the burden falls on the shoulders of managers. The turnover of the senior level staff is quite high. On top of that, we have to further enhance the technical capabilities and quality of services, in line with our international home-grown brand.

As a partner and director in Cheng & Co Group, what advice do you have for managers, young employees and newcomers to the firm?

Every person has talents to do what we love and love what we do. To be excellent in a particular filed, you should be passionate about what you are doing. When you have passion, we will be working hard to overcome obstacles and challenges to achieve our objectives.

A Chinese proverbs says, “there is no end to learning, to be diligent in learning is the way to drive you to reach your goals.”